Turbine plant to create up to 200 positions 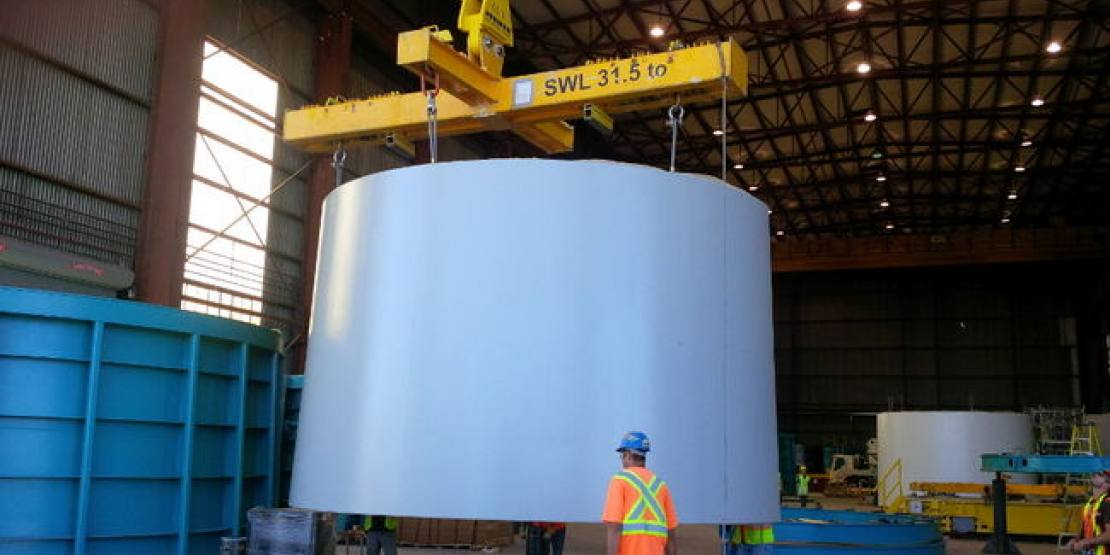 A new manufacturing operation in Port Weller for wind-turbine parts is set to generate up to 200 positions.

The facility, near the dry docks, is the result of an Enercon Canada Inc. and Rankin Construction Inc. partnership to make pre-cast concrete parts for Niagara Region Wind Corp.'s wind-turbine towers.

Hassan Shahriar, commercial manager for Enercon Canada, said the facility at 340 Lakeshore Rd. E. is being leased and retrofitted by Enercon to produce the pre-cast tower parts for the E-101 wind turbines.

"These towers are a combination of concrete and steel segments, and the concrete segments are pre-cast in a factory to ensure quality,'" he explained.

"It's like Lego blocks that are assembled ... to build up the concrete tower."

Shahriar said production "expected to run for six-to-eight months and at peak production we expect to have a head count of up to 200 workers from Rankin who is the subcontractor."

"The facility is currently in ramp up stage”, he said.

“The primary focus of the facility is to produce concrete segments for the Niagara wind farm, but given this new capability (for) Enercon in Ontario, it has opened the opportunity to supply future wind farms.

"We will have a supply chain that is ready and available."

As for cost, Shahriar said "at this point we would prefer not to disclose the actual investment amount."

"But it has been a substantial investment."

Enercon is also partnering with Boralex Inc. in putting together the wind farms.

The project involves constructing 77 of the E-101 wind energy converters.

"It's fantastic news," York said. "And it's been in the works for a while.

"We've been working on this one for about the last 12 months."

York said the facility's long-term prospects are to "be determined, based on market demand."

St. Catharines Mayor Walter Sendzik said his best information is the positions will be "largely new jobs to the Rankin complement."

"The opportunity for people to have a paycheque is very important," Sendzik added.

"Whether these are contract jobs that last three to four years, or are based on market conditions … it's the private sector giving people the opportunity to collect a paycheque.

"This is another example of the private sector coming into the community and us demonstrating as a city we're investment ready."

A spokesperson from Rankin was not immediately available Tuesday.