The reservoir at the Sir Adam Beck Pump Generating Station in Niagara Falls is getting a facelift.

$60 million is being pumped into the facility which is the largest of its kind in Canada.

The water is drained and construction work is well underway.

It’s been more than 6 decades since the reservoir at the Sir Adam Beck Pump Generating Station looked emptied.

The Ontario Power Generation will be installing about a kilometre of synthetic liner in one corner of the reservoir, and willl be looking for sinkholes and will be doing some grouting on the outside of the reservoir.

The reservoir can hold the equivalent of 8 thousand olympic-sized swimming pools.

The station uses electricity in off-peak hours to pump water into the reservoir, which only takes 8 to 10 hours.

Once the reservoir is full then the OPG can reverse the flow of the water, generating electricity not only at the PGS but down the canal into beck one and beck two generating stations.

The facility was drained in April and Rankin Construction is repairing what used to be the former Portage Road.

It was submerged there ever since the reservoir was built. The old road will be used during construction to carry materials to the east end of the facility where most of the work is being done.

Officials hope the improvements will keep the reservoir operational more another 50 years.

The reservoir will be out of commission during construction but officials say it wont affect Ontario’s power supply.

The Power Generating Station can make the same amount of energy as 100 thousand batteries that power electric cars.

It supplies about 10 percent of Ontario’s power.

Construction is expected to be completed by the end of the year. 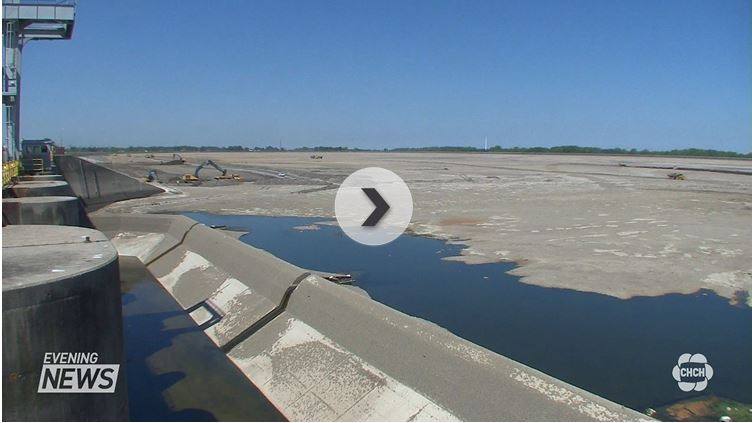